Zavarah joined the KOJ (Jedi) after her parents were killed by the Vjun Sith. The Jedi took her in to save her. She was the only one left there; her sisters escaped. She went to learn the Jedis' peaceful ways: "Peace needs to be. War is not an option." Princess Leia and Zavarah's great, great, great grandmother Queen Amidala are thought to be her ancestors. She followed in her family's heritage of becoming a Jedi Knight with the the KOJ (Kalway Order of Jedi). Zavarah was thought to have the genetic coding of the Skywalker bloodline. Later Zavarah started the OJO (Onderon Order of Jedi) and became it's Grand Master. There she ran the order with her husband Master Urzuric Kirkorian, and the help of her many other Masters and assorted knights that grew from it's beginnings.

Zavarah known to all as a peaceful, friendly healer having a unusal Force Power and Force Sense about her. She never really understood totally why she had this, but accepted it anyway. She learned to deal with the heightened sense of force as she was trained by Master Moonsoo.

A very "aura" appearence, looking that of a true princess would look like when met.

A force sense for finding the truth and what will happen before it does. Investigative ablities higher than normal, powers of the mind that most never had.

All abilities as a Jedi has, but even more heightened from the force sense she has since birth. She can hear the littlest sounds far away knowing where they were coming from.

Too much to talk about, she was trained in all forms of weapons and types of war that they were needed for.

She had little training for Saber with the KOJ but was let to train with a friend she net that she mind connected with who was a Sith Ragnos. There he trained he to see what they saw with fighting and ot the ways a Jedi was trained this helped her stay alive.

This is the particular part she used a saber bow instead so fast and far reaching, tha tshe didnt need at that time a saber. Later she recieved a Saber that was deadlier than could be seen to help protect her self form those who where tracking her to stop the bloodline from being generated on.

She uses the staff being that of a powerful and easily moved to use with lightening speed. Scarab knives that was given to her from someone she doesn't rmember.

healer, trainer of Jedi, investagator-intel, back to being a Sentinel Master and then Grand Master of Onderon Jedi Order. 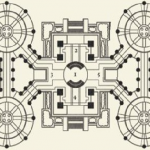