Tyro Socarras, also known as Kyle or Sky to those close to him, grew-up on Tatooine and eventually became Mandalorian.

Tyro was born in a very strange way in comparison to most people of the galaxy of whom form the 'normal' sect of people. He was dubbed 'Tyro'. It was a very unique name for what his biological parents believed a unique person. See, Tyro's mother and father were very devoted and overly zealous to not only the Sith, but the belief in the Sith'ari. They believed that they themselves were perfect beings whom went beyond perfect after becoming sith- Tyro's father was a Mandalorian of the clan Votino, which was a conglomeration of warriors from various other clans who one day decided that they were close enough to be a family of their own, and Tyro's mother was a jedi whom destroyed her small order inside and out after hearing the whispers of a sith holocron she had secretly kept. with her.

When they met, Tyro's father was still a Mandalorian that was highly respected. He was actually a zealous Mandalorian battle priest of sorts. Tyro's mother had completely corrupted him until they dubbed themselves 'Master and Apprentice'... of course, neither of them were very strong in the dark arts. They were overall a joke to the few sith to ever hear of them, so they fled into the mountains of Tatooine's Dune Sea, where they had their sacred rituals and other things... one of which led to the birth of Tyro's older brother, Masato (now known as 'Dha'werd Marev'). However, he was shunned by his parents and simply ignored because he lacked the eyes of his mother. They only took the time out of their days of rituals and such to simply feed him. A year or so later, Tyro was actually born.

The years went on as Tyro was taught the dark arts, starting at the young age of three. Tyro was extremely potent in the force itself, he learned the very, very basics quite quickly. He taught whatever he could to his older brother, but he seemed to take no interest- Masato's mind was set on escape. But, Tyro knew no better. Unlike his brother, he was treated as a prince... afterall, his fanatical and idiotic parents believed him the Sith'ari (which he wasn't).

As the years went on, clan Votino had heard word of there being two possible heirs to the clan (AKA, Tyro and Masato). They were determined to get the blood of the traitor who was Tyro's father and to redeem his children so that they might be looked upon as something more than second rate sith who happen to have strong Mandalorian roots.

Even more years after that, with stronger detemination than the beskar that makes up their armor, the six members of the small clan had found the patheticly built earthen temple that Tyro had called home for twelve years. He's done nothing but devote himself to the dark arts, however, despite this, his mind was young, able to be molded... he didn't even know sith to be 'bad' yet. Fortunately, Tyro was asleep at this time. Masato however had heard the Mandalorians coming and had ran up to them. He pointed at where his parents are meditating with great joy of finally being liberated from his hell. Shortly after the Mandalorians stormed in, Masato ran away. He knew this chapter of his life was coming to a happy and dramatic close, for him anyway.

Tyro's parents awoke suddenly, angered by the Mandalorians. They knew they were outclassed and about to die... but they wanted to take them with them. So the two held hands as they stared down the Mandalorians and gave themselves to the force, allowing it to penetrate their living bodies and souls and use it as a weapon. The result killed them and five of the six Mandalorians. The living Votino, Zuka, their chieftain, stood with shakey knees. He looked over the carnage- his small clan eradicated in a blink of an eye. He went to search the rest of the temple for the last remaining child, for perhaps he could salvage something of this disaster.

As Zuka approached, Tyro suddenly awoke. His power in the force allowed him to have a warning of Zuka's approach to him. There Zuka suddenly blatantly told the young boy "Everything you've known is gone- your parents are dead. Your brother will die in the Dune Seas eventually. You can come with me, or you can die of starvation or dehydration like your brother will- choose." This was the usual Mandalorian style of breaking news to people. Tyro felt as if his entire word had collapsed over night, which it literally did. But he accepted Zuka's offer with a nod, tears streaming down the boy's eyes which mirrored his mother's. Zuka held out his hand, which he took. A bond had formed in Zuka's mind- this boy was his future. He was now the only family he had left. This was his son that he would look upon as he would any blood son.. the future of Votino depended on it.

Road to a Mandalorian

Zuka 'Headhunter' Votino began training the boy the Mandalorian way as if he was a three year old child. Tyro learned quickly. He learned, the culture, the history, the fighting styles, how to actually fight, how to use a gun, everything. Zuka put every ounce of his being into forging the boy into the single best Mandalorian for the rest of the old man's life. Tyro was also told he could not use his name until he was ready to redeem it in the name of Mandalorians - so he was dubbed 'Kyle'.

When Kyle was fifteen, he was still not yet considered an adult. Most Mandalorian children are adults by thirteen, but he had a very late start. Over this time of training, Kyle's knowledge of the sith ways slowly faded-in fact, he learned to hate his parents. But... the power in the force he had developed and the skills he was taught would never be fully gone, but he'd learned quickly that Mandalorians were not jedi or sith. A true warrior had no need for the force if they could rely solely on themselves. Zuka had finally decided, though, that Kyle was old enough to begin his trials that would lead to him becoming a man and a warrior. He was sent on tasks across the galaxy. Zuka wanted him to be the very best. His transformation would not be easy. A year passed and he still was not finished: though, along the way, Kyle had met an echani by the name of Akiko. He tried to form a relationship, but the echani denied. After saving her life from a gang of thugs, Akiko was willing to give him, at the very most, her word of their bond as warriors. Kyle took that as if she said "they were now brother and sister", so Akiko did too. Zuka had no quarrels with Kyle having help in his trials - in fact, it's part of what he wanted to teach the boy: choose your friends and learn to adopt complete strangers as family when they need one. However, soon Zuka became fatally ill.

Kyle was quickly recalled to Concord Dawn to tend to Zuka. He was there during his last moments of life, where Zuka had told him with his last words "My son... keep Votino alive. Carry on the name. Join any clan you'd like- but remember your roots... keep them alive. Remember your duty." He then died, joining with his family that he had lost so long ago. This memory would never leave Kyle, in fact, it would grow stronger as he got older and became more confident in himself as not only a warrior, but a leader.

But, Kyle never really became a warrior. Zuka died before he could mention it, and shortly after his death, things went further down hill. A mission went wrong and Akiko was left for dead on Ruusan at the mercy of jedi. Kyle soon exiled himself on Tatooine in shame, feeling himself as worthless as his biological parents. Little did he know, this would soon turn into a new beginning. Kyle soon used the name Tyro again out of nostalgia for his home... though ironically, this was the beginning of his redemption. 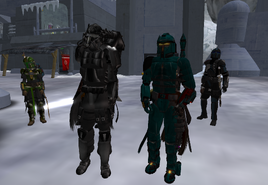 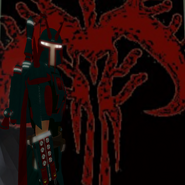 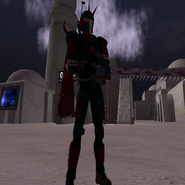 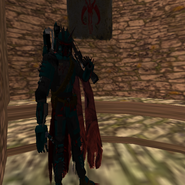 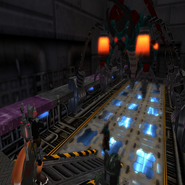 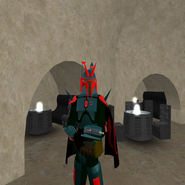 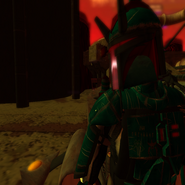