Anyone is able to apply to be on the council. No single council member has more power over another when it comes to the community, there are administrators to manage the meetings, events, and membership to the council. The council is currently not a role playing faction, and at this time no individual should not include The Galactic Council in any role play scenario. Our meetings are held out of character, but can recognize things that have happened in character to discuss. However, as the group grows it will more than likely introduce a role play aspect to incorporate into the role play world, so it can be recognized while in character.    There is currently no limit to how many people can be apart of the council.

For someone not in the council to bring a topic or suggestion up for discussion at a council meeting, the individual must fill out a notecard form with the information listed on the form and then submit it to a council member before the next meeting, and it is up to that member if they want to "sponsor" the topic/suggestion in the meeting. The latest is 1 hour before the meeting begins to submit a form.

Council Diplomats, Members, and Administrators are forbidden to accept any form of donation or gratuity to influence their decision on any topic involving the community. If they are found accepting donations or gratuities they will removed from the group immediately. The council is permitted to vote on accepting a donation or gratuity that would benefit the council as a whole or community itself. For example; money (or land itself) donated towards financing land for the community or council to use.

Council Observers
These members have no powers whatsoever in the group. They are permitted to watch the council meetings, attend events, and submit suggestions/topics to the council. They will be removed from the group if they harass, grief, or show disrespect at meetings.
Council Diplomats
These members are the pioneers of the group. Their job is to scout out potential issues in the community and bring them to the council, and also to find new potential council members. If they show a good quality of work, the council members may vote the individual to join the council, if the individual would be interested. They are removed from the group if they do not perform their job, are voted out by the council, or voluntarily leave the group.
Council Members
These members are the main focus of the group. Their job is to attend council meetings, make suggestions and opinions on topics of interest, and figure out ways to better the community. They remain in the council until they are either voted out or voluntarily leave the group.
Council Administrators
These are the staff members of the group. They have no "power" or influence over council/community related issues. Their job is to manage the group, schedule council meetings, events, and other similar functions. They are able to be apart of the council, as long as the individual separates their duties. They can be removed by council vote or voluntarily leaving. 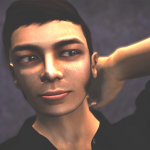