Before, New Holstice was a Mid-Rim system that was a sanctuary to all Jedi during the Clone Wars. After the New Jedi Order era, it became the new home of all Jedi in the SL Galaxy. The Jedi Alliance thrived here.

After the fall of the Jedi Alliance, New Holstice fell in disrepair and overgrowth. The system was left to crumble and fall to the many plants that inhabited the planet. Only some time later did Master Marcus return to bring a bit of new life to the old temples. He found what was left and rebuilt the old Jedi Memorial. The area still flows strong with the Light side of the Force.

The planet now hosts recovered ruins, the old Jedi Memorial - a tribute to Jedi past, and a newly-constructed home for the current Jedi watchman, Master Marcus. A recent Galactic News article has been written on the area, but Master Marcus has yet to speak with them to provide them with more information.

New Holstice played host, via Master Marcus, to the Conclave on New Holstice - a failed attempt at uniting the Jedi in a unique and respectful way. The Jedi of the galaxy as a whole were not ready for this attempt...

Recently, a certain Sir Zeta was drawn to New Holstice where he was instructed by the spirit of Master Marcus to build a new facility and move the Jedi Memorial. This work has been completed and is now an even greater safe haven and sanctuary for all Jedi in the galaxy! 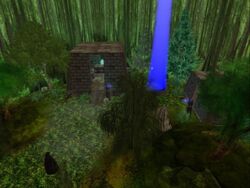 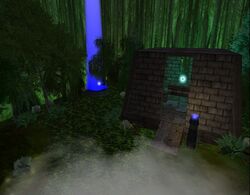 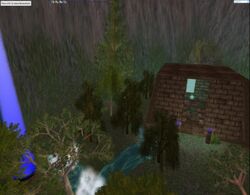 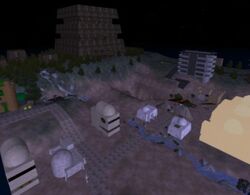 No Combat Zone! Jedi are imbued with the power to learn and heal, not fight. Sith are sapped of their power here, debilitating their threat. However, all Force Users feel at peace on New Holstice...

The SDH may be used here for roleplay issues, but again combat would be unwise for anyone.

More information about the OOC History will be given in time, but here are the basic locations the system held over the years.