The sim has been up for 3 months before being pulled out by its builder and owner, AlfredoZappa1.

The sim is remembered as " one of the best Theeds ever built " and it used to host a Roleplay Group, which included Theed Royalty and Theed Government managed by Adala and Moyet Kirkorian 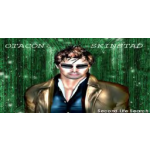