The Matukai are a group of Force users that have a much different philosophy than the Jedi or the Sith. They strictly use their own body as the focal point of the Force instead of an inanimate object or their surrounding environment. Through meditative martial arts and strenuous exercise, they seek to strengthen their bond with the Force. Many have found that, even with very weak force sensitivity, they can enhance that sensitivity and become masters though it takes many years of hard work.

Typical powers of the Matukai are similar of some of the powers that the Sith and Jedi use to enhance their bodies. Matukai are capable of jumping higher and moving faster as well as improving their reflexes. They are also capable of reducing damage and even healing themselves to some extent and are masters of their body.

Those that become masters are able to harden their bodies to the point where they take little or no damage and feel no pain. Matukai are so in tune with their bodies that they become very aware of every illness, wound, and even poisons that have afflicted them. Many have found that they can force the wounds closed or remove the toxic poisons from their body through the Force and their own will. 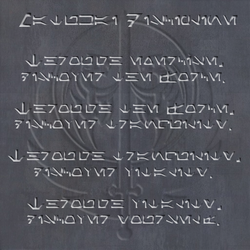 The Matukai code is quite simple to understand, unlike the Codes of the Jedi or Sith. The first line, “Through exercise, discover the Force”, is the most basic idea of the Matukai. It is also the hardest to accomplish. Through exercise and meditative martial arts, one must discover their connection to the Force. The second line, “Through the Force, discover tranquility”, is much simpler. It basically means to find peace and avoid the dark side. The third and final line; “Through tranquility, discover vitality”, means that, when you are at peace, your body will be in harmony and will make you healthy and strong. An added line to the code by Master Xoza "Though vitality, discover yourself." teaches how the training can help better themselves as a whole.

The Matukai construct a weapon called a wan-shen when they graduate from apprentice to adept. This weapon is a polearm with a short, single blade on one end and serves as their focal point for their abilities. The weapon, much like a lightsaber, tends to be decorated and crafted according to the adept's tastes and preferences. Many make collapsable or seperative shafts for ease of concealment and transportation as the wan-shen tends to be around 2 meters in length. Masters of this weapon are capable of swinging it around their bodies and attacking with incredible speed and ability. Because it is made with the use of the Force, many wan-shen staves and their blades are capable of resisting lightsabers. These weapons are given after a brief training in its uses after acceptance into the Order.

Though the majority of the Matukai use Wan-shen, members have been known to use lightsabers.

The Matukai have a strict training regime that involves martial arts slowed down to be meditative. They also meditate for extended periods of time while holding a physically demanding pose to increase their connection with the Force as well as using enduring exercises as well. In general training aims to break the limits between mind and body.

The Matukai are governed by a few select members. To gain a leading position, a person must have achieved a high role within the order and be proven capable, understanding, tolerant, intelligent, and wise.

The Matukai phylosophy dates back millenia, to the time between the Great Sith War and the Light and Darkness War. A woman from Kravoss II is believed to have started the group by first discovering her own Force Sensitivity through martial arts and meditation. She would go on to teach her techniques to force sensitive students, many who were turned away from the Old Jedi Order because of their age. The Jedi had a passing interest in the group, but never directly interfered or allied with it. Eventually, the group would, like many other Force Organisiations, suffer many losses due to Order 66 and the Great Jedi Purge. Some managed to survive and enter hiding.

219ABY - Xoza Shadow and a close friend of his opened a small Matukai Lineage temple on Onderon in honor of his father. In agreement the Queen of Onderon assisted in housing the group if in return they offered their services to the crown. This gave the Onderon Royalty a group of unbiased force sensitive protectors. The intentionaly small group began training selected individuals.