Jas'yyl Vrynn is a female Umbaran Disciple in the Dark Lords of the Sith. She is the current Sith apprentice of Darth Maziel. Unlike most Umbarans, she has long black hair. This is due to the fact that her mother was a Human. Her skin is a frighteningly pale whitish hue, and she has covered the majority of her body with black tattoos in an attempt to cover heavy scarring. Since the shadowy planet of Umbara witnesses an eternal twilight, her eyes are well adjusted to dark settings, being able to see in ultraviolet (below 300 nanometers). She also has the ability to read, subtly influence, and in some occasions, control the will of others.

Jas'yyl was born on the planet Umbara. Her Father Horick Vrynn, was a member of the Rootai royalty caste as well as being a Force-sensitive. Horick had defied the high level caste's rules of procreation with a human female by the name of Vallerie Raak. Vallerie was living a life of slavery on the dark planet for reasons unknown. Being labelled as a traitor by his people, Horick then began to seek out dark knowledge in the form of Sith Holocrons, hoping to learn from the old Dark Lords to find a way to protect his daughter and partner from the Rootai. He moved his family to a remote location on Umbara, keeping them hidden the Galaxy.

In his attempts to hide Jas'yyl and Vallerie from the Rootai, he had left himself blind to the real threat that would eventually deal his fate. Not being formally trained in the Darkside of the Force, he had failed to mask himself from the Jedi, sending ripples through the force that they were able to detect. The Jedi hunted Horick down and finally caught up to the Vrynn's one day as he was meditating. Three Jedi forcefully entered the remote home, and Horick jumped to his feet igniting his Lightsaber. At Four years of age, young Jas'yyl was witnessed to the Jedi brutally murdering her beloved Father. They shamelessly outnumbered him and took him down, decapitating his head from his body. Vallerie grabbed Jas'yyl and attempted to flee the house, but her efforts were thwarted as the Jedi caught her and forced young Jas'yyl from her arms. In a surprising move by the Jedi, they handed the young Umbaran over to the Rootai. Normally they would take the child of a Force-sensitive as thier own, but perhaps knowing the nature of the Rootai, they knew the child would always resent the Jedi for what they had done had she been permitted to live.

The Rootai held Jas'yyl captive for her entire childhood and into her teen years. The sadistic nature of the Umbarans compelled them to subject her to countless medical procedures and torture, figuring the child would die at some point in an extremely painful way. As the years went by, they became more and more concerned that she may inherit her Father's gift. Certain occurances would take place as Jas'yyl aged that they could not explain. Yet still, they gave into thier own twisted pleasure by torturing her instead of heeding to the obvious threat to come. Jas'yyl became a tool of anger and suffering with each new scar the Umbarans left on her, she soon began to realize her potential. She wanted nothing more than to kill them all. One fateful day as the Umbarans prepared to strap Jas'yyl down to the medical table, her anger got the best of her. Her eyes glazed over with sheer hate as she began to slip into a trance. Her connection to the Force became quite clear as her shackles were blown off. The Umbarans began to scramble around the room, trying to sedate the girl, but it was a useless attempt. Jas'yyl called upon the Force, and threw her captives around the room, smashing their limp bodies repeatedly into walls. As she held the the lifeless bodies in mid-air, she sent out a wave of pulse energy, utterly decimating her once captors. Shortly after, she blacked out and fell limp on the ground.

Upon waking many hours later, she surveyed the room and realized what she had done. She sat there for a few moments, in the middle of the blood stained room absorbing the hate surrounding her. Thats when her quest became apparent to her.. to learn the way of the Darkside, and use it to strike down those that have done wrong by her. She escaped the compound where she had been held for the past 16 years, and instinctively made her way to the old house where she had spent the first four years of her life. As she walked into the deserted home, all the memories of her Father and the Jedi came rushing back to her. Her anger returned once more. She began to wonder what became of her Mother, and settled on the assumption that the Jedi must have slain her aswell. As she began to leave the home, a metallic object in the corner of the room caught her eye as a gleam of light bounced from it. She soon realized what the object was... it was her Father's Lightsaber! She instantly picked it up and studied it in her hands before igniting it and momentarily becoming mesmerised by the glowing crimson blade. Holding the hilt firmly in her grasp, she flicked the switch and watched as the blade disappeared.. Regardless of its use to her, It was her only memory of her Father, and she would protect it with her life. She fastened the weapon to her belt, and made her way to the nearest spaceport to seek a way off the horrid planet.

As she reached her destination, she noticed a small cantina tucked away beside the spaceport. She figured this would be a good spot to find a pilot. Upon entering the shady watering hole, she stood still for a moment taking in all the different species that occupied the dark room. She scanned the room, looking for someone able. A moment later, she overheard a rather loud female Zeltron boasting about her ship. She made her way over and engaged the jovial female in small talk. The woman told her she was on her way off the planet shortly so Jas'yyl took the opportunity and asked the Zeltron for passage on her ship, to which the Zeltron agreed. They made thier way into the spaceport and boarded a ship that resembled a YT-2400.

Aboard the ship, Jas'yyl explained her story and befriended the female Zeltron. She spoke of her plans to seek out the Sith and learn everything the Dark Side has to offer. The Zeltron sensed the rage from Jas'yyl as she spoke, and mentioned to her that she should start her quest on Korriban, as she had heard that was the location of the Sith academy. The pair made thier way to Korriban, and the Zeltron parted ways with Jas'yyl.

Not being impressed with her findings on Korriban, Jas'yyl then traveled all through the Inner and Outer rims of the galaxy in her search. Shortly after in a cantina on Tatooine, she caught wind of a Sith fortress on the planet Byss. She quickly departed for the desolate planet, and upon arrival crossed paths with a lady that she would later find out was a Sith Lord by the name of Darth Maziel. She explained her story, and the Sith became interested in the girl as she could sense her hate and anger towards the Jedi. Maziel then tasked Jas'yyl with some preliminary Initiate tasks. Jas'yyl quickly worked her way through the tasks, which consisted of constructing her own Lightsaber, and researching all she could about the Sith. Upon completion of said tasks, Jas'yyl was presented to the Dark Lord of the Sith, and Current Emperor, Darth Validus, who bestowed the rank of Disciple upon her. Darth Maziel, having plans for the young seeker, then claimed Jas'yyl as her apprentice. Now Jas'yyl must impress, or she will most certainly meet her fate upon failure. 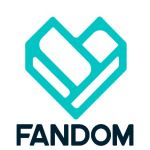