Janel started out on the grungy urban streets of Nar Shaddaa's trade district where everything from spice, slaves and even children were sold for a decent exchange of income. She had numerous connections and contacts with petty criminals and dark Jedi. Being under contract with the ominous but forgiving Xiro the Hutt as a successful yet cunning glitterstim spice smuggler and would occassionally take on tasks such as bounty hunting along with her partner, lover and fellow bounty hunter; Mode Rendar. Not long after Janel & Mode were married, they were both assigned to extract spice from one of Xiro's former clients. Apparently this client failed to split his trade earnings with Xiro and wanted Janel & Mode to retrieve the spice from his ship which was docked outside of Nar Shaddaa's atmosphere. Janel & Mode soon discovered that the ship was rigged with explosives and both of them barely escaped it in time. The explosion tore through half of Janel's body and seriously injured Mode. Through her bounty hunter contract with Xiro the Hutt, she received financial assistance and extensive re-constructive surgery at Mos Espa's cybertronics lab, Mode's injuries was treated on his home world of Csilla. Being 35% cyborg, her cybernetic implants has enhanced her common skill-sets and gave her a few unexpected new abilities. She can effectively communicate using 5000 different types of droid languages and effortlessly repair anything mechanical which has earned her the nickname of "ToolBox".

During Janel's rehabilitation on Mos Espa, Xiro granted her a release from her smuggling contract due to the magnitude of her injuries. Janel soon found herself a new career as a mechanic and repaired pod racers and droids.

She lived and worked comfortably in Mos Espa as a mechanic for two years at a local junkyard dealership until the Second Imperial Civil War began to effect trade and gambling sources substantially and her business suffered as a result of it. She eventually sold her business to a local merchant for whatever it was worth at that time.

She decided to change the direction in her life and joined the New Fel Imperium, this is where she obtained most of her military training. During many confrontations with the Sith, Janel became battle worn and sustained more major injuries which has cost her a significant amount of her humanity, replacing both of her arms, her left leg, 25% of her internal organs, her right ear and both of her eyes with advanced cybernetics, now rendering her as 49% cyborg. 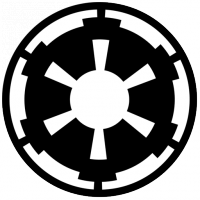