I am the Dark Lord of the Sith in Second Life. I was the first, and the last.Darth Padar

Darth Padar is credited with being the first Sith in SWRP to form an Order, the Dark Lords of the Sith (known as DLotS for short), back in 2005. It was based on the planet of Korriban and not only was DLotS the first Sith Order but remained the only Order for a long time afterwards, resulting in the only period of Sith unity.

He was succeeded as Dark Lord of the Sith by his Apprentice Darth Mortis, and ended DLotS stay on Korriban when he drove the Order out over in-fighting. However, one of Mortis' eventual successors, Darth Zen, managed to persuade him to allow the Order to return to Korriban. This, however, was a temporary arrangement until a further conflict arose after Padar attempted to regain control of the Order again. Although unsuccessful in this, Darth Zen too was forced to leave and this paved the way for Darth Validus to take the helm of the Order and bring it to his world of Byss.

It is said that Darth Padar disseminated himself amongst many clones and walks unseen at will, although there is no independent corroboration of these rumours. What is known however, is that this tyrannical Sith's name still holds a mystique and majesty all these years later, unmatched by any Sith since. It is also whispered that even to this day, Darth Mortis communes with the spirit of Padar and that much of what passes is known to the great one.

The spirit of the Sith'ari lives on, and he is ever watching...

"I am the Dark Lord of the Sith in Second Life. I was the first, and the last."

"Read my [history] for a perspective..."

The following sections are Padar's words from his profile on Second Life and are his perspective of the Dark Lords of the Sith.

The Dark Lords of the Sith

I founded the Dark Lords of the Sith when the only Sith in Second Life were gangs of griefers without direction or leadership. Within six months I had united all of the true Sith under one banner into a group of over 125 people all loyal to the cause. The hated Jedi were left reeling.

I founded Korriban, the first sim devoted to the Sith in Second Life, and I constructed the floating city to be their home.

I created the first insignia and Sith ranking system in Second Life, including the Sith Elites group to advise the Dark Lord. These have been widely copied.

I created the first lightsaber blade to use the transparency visual effect and also the first motion blur. I have seen my inventions copied many times but never surpassed. I also created free lightsabers for all of my Sith members, and created a training arena with the very first dueling combat system.

I destroyed DLotS when it became weakened by fools, as any true Dark Lord of the Sith would have done. To hear my inferiors criticize a decision they could not begin to comprehend in their ignorance left me with nothing but contempt for these so-called sith. Many from my group took my teachings and methods into other groups as a result and every Sith group in Second Life today is part of my legacy. 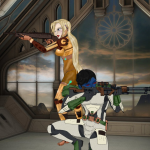