This page is a candidate for speedy deletion.

If you disagree with its speedy deletion, please explain why at Category talk:Candidates for speedy deletion or improve the page and remove the {{speedydelete}} tag.

Remember to check what links here and the page history before deleting.

Astería skotádi, is a Sith Initiate studying to become a full Sith Lord in the Serpentine Order.

Born and raised on the planet of Dathomir, Asteria received some training in the dark side of the force by her Nightsister clan, up until the time she was forced to flee. Sometime, when Asteria turned 17, her mother, a full fledged Nightsister sought power, and was growing jealous of her daughter's growing daughterly love towards her rival, by the time Asteria reached 26, her mother's vengeance hit a boiling point. Unable to take it any longer, Asteria's mother led a vicious campaign against the clan, and killed many sisters. When Asteria refused to join her mother, it was then, that her mother decided to kill her, forcing Asteria to flee Dathomir and seek proper outside training in the Darkside of the force from the Serptine Order on Mustafar. 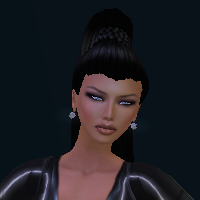 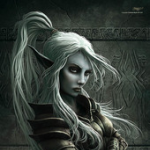